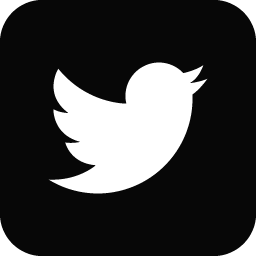 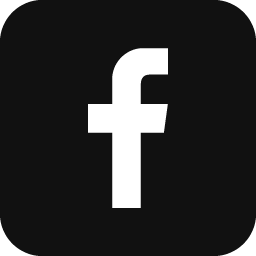 Purchase  →  Issue 02
Introduction
What do we do when the
systems in our cities fail us?
MOMENT is a trans-local magazine for people exploring the future of cities. In our second issue,  “What We Talk About When We Talk About Our City,”  we explore how we re-imagine,  intervene, and confront the challenges in our city.  We visit and learn from the practices of trans-local actors in Detroit, Taiwan, and Tottori, who deeply understand their local contexts and boldly transform the realities of their cities.

An alternative city guide of Detroit, the study of public spaces in Taiwan, a visit to a local bookstore, bakery, and smoke sauna in Tottori/Okayama, Japan, comics by Tetsu Kayama, a conversation between a cultural anthropologist and a photographer, the dispute over street rocks in San Francisco, and more. Enjoy the brand-new edition of our magazine!

Whether it's through an iconic DJ booth, a six-acre civic commons, or a master plan, Akoaki carefully calibrates aesthetics and spatial design for cultural production and equitable redevelopment. We visit co-founder Anya Sirota to learn from their practice. 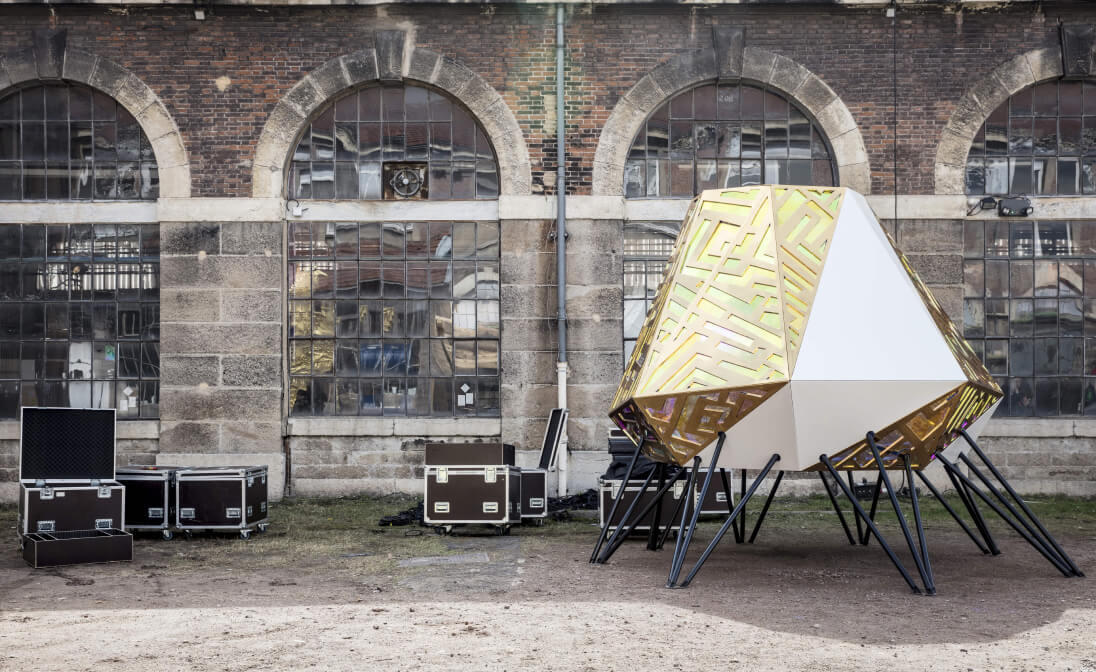 Feature 2
台灣的公共小客廳
Studies of small public living rooms in Taiwan
古風小白屋 / ParkUp by Plan b
How do we navigate public spaces? Public and private spheres in cities are blending together, as citizens demonstrate ownership over parks and homes become hubs for public interaction.In Taiwan, communities are merging public and private realms to foster collaboration amongst diverse, multi-generational citizens.

We explore the future possibilities of public spaces on our visit to Little White House and Park Up, small public living rooms where citizens demonstrate ownership over their city. 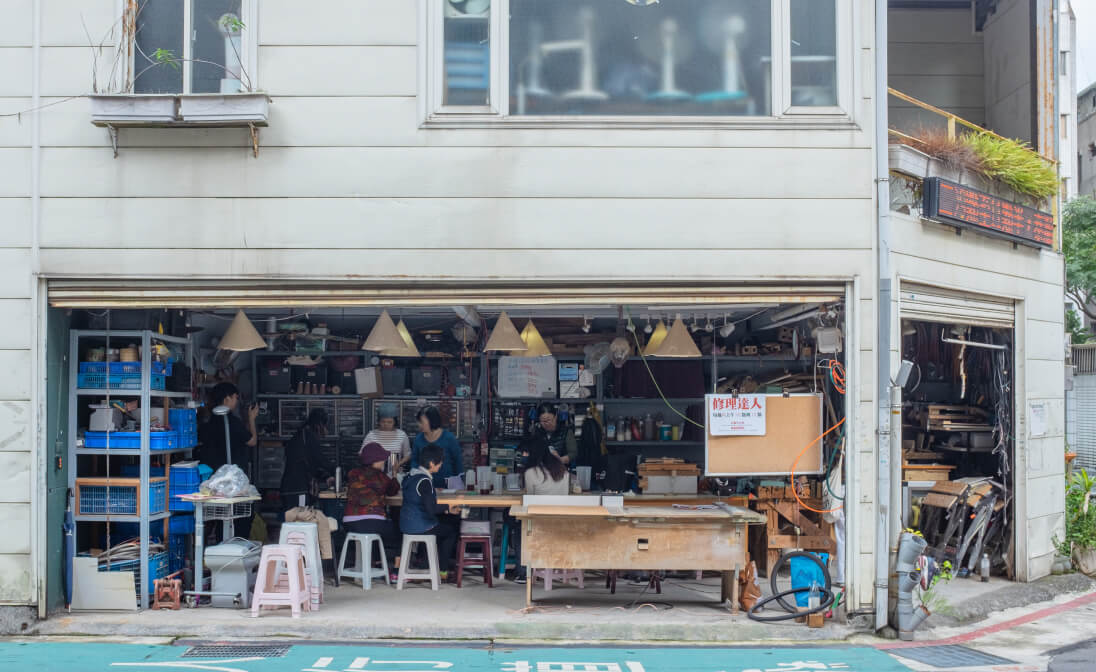 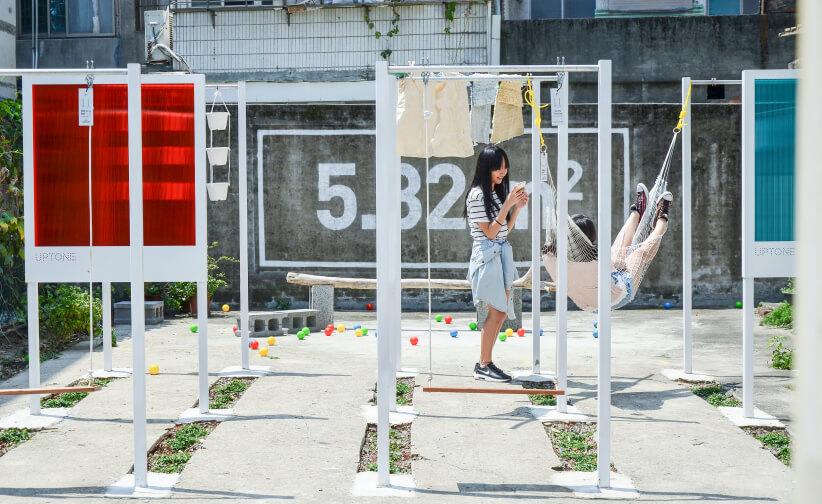 Feature 3
FOOD FOR TRANS-LOCAL
Tottori & Okayama
Kisui-Kuko / Public Sauna Kumeya / Tarumary
A DIY bookstore by the lake, a cozy smoke sauna in a 30-people village, and a bakery that ferments bread with wild yeast. On our trip to Tottori and Okayama, we visit spaces where citizens come and go to nourish their minds and bodies. By collaging  local resources and materials, citizens design new lifestyles and draw visitors from outside their community.

We take a deeper look into their trans-local realities where they remain rooted in their local context while crafting a landscape that looks beyond their immediate surroundings. 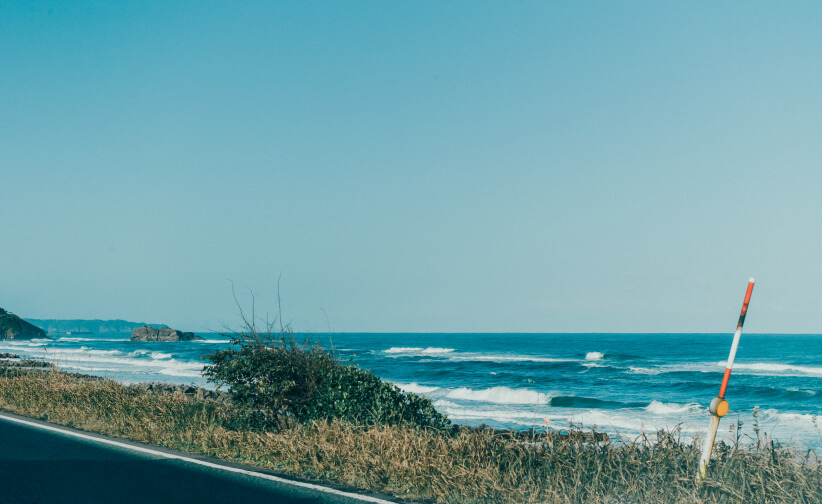 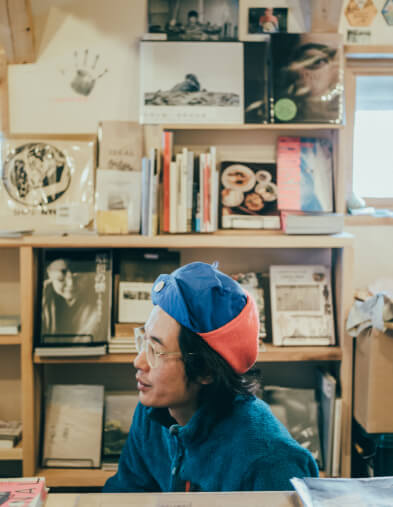 For this issue, Kayama draws “Is it poisonous?" and "Rubik's Maneuver” that illustrate the future possibilities of our civilisation if we were to survive multiple apocalypses. 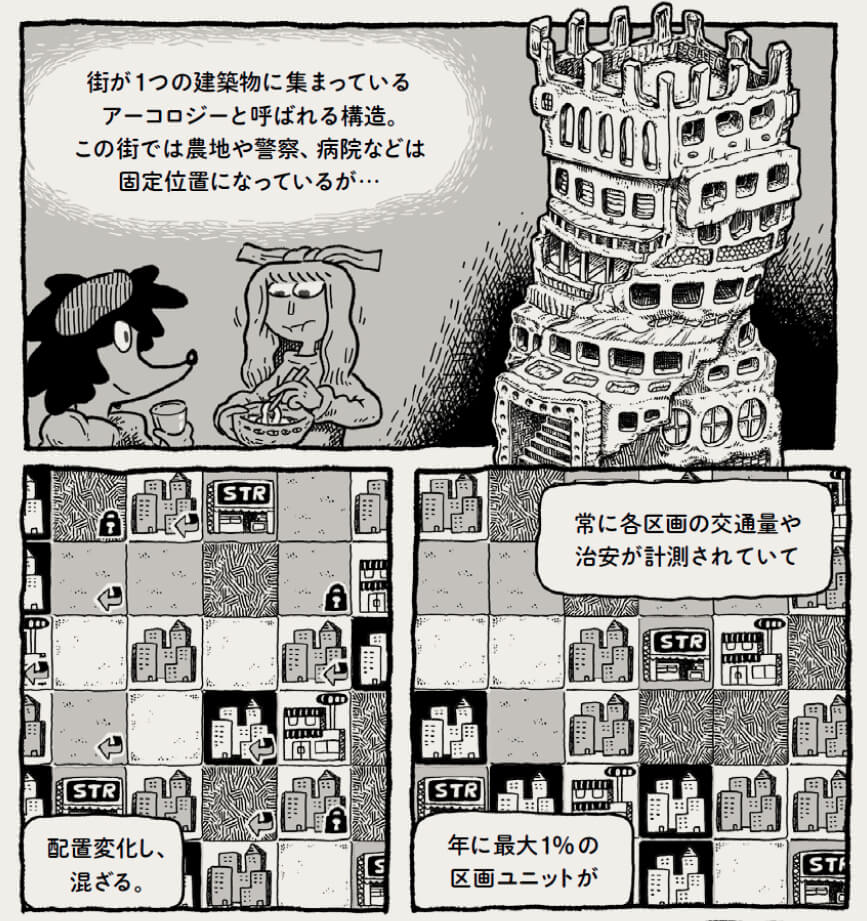 Page 134
Body, the ambiguous, and Myself
Maho Isono’s Anthropological talk with Ichiko Uemoto（photographer)
Columns
Page 123
A Dispute Over Rocks in the Streets of San Francisco
By Tomo Kihara

Goats chilling in an urban garden located in the outskirts of downtown Detroit
Photograph by Jarod Lew
Akoaki's arch is designed with the symbols that represent Detroit.
Photograph by Anne-Laure Lechat
Music enthusiasts from all over the world visit People's Records for it's collection of records
Photograph by Jarod Lew
A street by Eastern Market which has more than 200 years of history
Photograph by Jarod Lew
The Commons — a laundry cafe where citizens gather
Photograph by Jarod Lew
A local artist talking at a pop-up  town meet up in Detroit
Photograph by Doug Coombe
Akoaki members working in their office
Photograph by Jarod Lew
News
ニュース / イベント情報
2020 6/1  —  moment第二号を販売開始しました。
2019 7/1  —  関西圏でのお取り扱いが増えました。
2019 6/5  —  お取り扱い書店が全国で増えました。
2019 5/31 — ECでの販売を開始しました。
2019 5/31 — MOMENTのTwitter / Facebookを開始しました。
2019 5/31 — MOMENTウェブサイトを公開しました。
Tweets
Tweets by MOMENT_zine
Podcast
MOMENT Radio (Japanese)
Share : Twitter , Facebook
Why we started moment.
Editor's Note
Detroit grew rapidly during the twentieth century. In the 1920s, the auto industry was the engine behind the city’s exponential growth, transforming Detroit into one of the largest cities in the world. However, the city has experienced waves of challenges since the 1950s. Detroit lost 2 million residents, was the stage to violent riots in 1967, and underwent bankruptcy in 2013. A multitude of challenges shaped Detroit’s complex landscape and continues to impact the city and its citizens to this day.

Despite Detroit’s history of industrial decline and financial failure, we see investment pouring back into the city centre today. Shops like Warby Parker and Bonobo are setting up on the high streets downtown.  But drive 10 minutes towards the outskirts of downtown and one realizes that most neighborhoods remain disinvested and less populated, with a mixture of empty blocks, homes, and abandoned homes.

To those who live in other parts of the world, you may never imagine your city becoming the next Detroit. Yet under current circumstances, we are all suddenly experiencing unprecedented changes. What awaits us beyond this pandemic? As we are forced to stay home, we have come to appreciate and recognize citizens who serve their neighbors. We also cannot help but notice the flaws in our systems that are foundations to our societies and cities.

In this issue of MOMENT, we feature Detroit, Taipei, and Tottori. These cities may not be known for their economic prosperity, but its citizens demonstrate how to face and intervene challenges in their cities using urban spaces. Surprisingly, none of their interventions rely on the hopeless nostalgias of a city’s past, but rather, are rooted in the realities of cities today.  We talk about how they generate changes towards translocality in their everyday lives. I hope this issue brings us together to mobilize and transcend boundaries together, despite our immobile times.